‘Support has filled my heart with joy’ 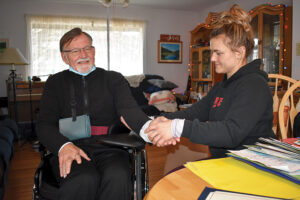