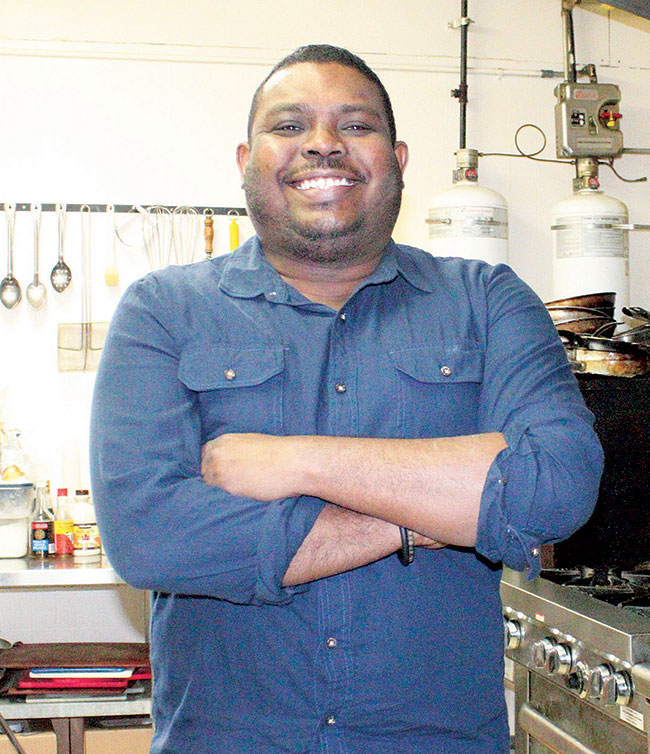 A local chef will be one of eight at a culinary competition in Regina.

Chef Joel Fitzpatrick from The Star Cafe and Grill will compete at the Regina Gold Medal Plates competition in October.

“It’s definitely an honour to be chosen, but it’s going to be a big challenge for me,” Fitzpatrick said. “I’d love to bring something back to Maple Creek.”

In the Regina culinary competition, the participants will be allowed to cook whatever they want. The winner will then go the national Culinary Championships.

“I like challenges and I also don’t like losing, so it’s a little stressful. But I’m going to put my best foot forward and use my skills as best as I can and follow my heart,” he said.

The Regina competition is still a bit down the road, as it takes place Oct. 14. That means Fitzpatrick has plenty of time to plan the meal he’ll prepare.

“I’ll have to start deciding my taste or whether I should I go Caribbean or I should go Italian – there’s a lot to think about.”

Some of the meals Fitzpatrick expects others to make are fancy “tweezer designed” meals.

“They’re much more artsy and I’m not really into that kind of look, but I still think I can put my twist on it,” he said.

Fitzpatrick and the owner of The Star Cafe, Tina Cresswell, have already begun discussing possible ideas for the competition.

He says he’s doing research and trying to plan, experimenting with meals while working at the restaurant.

“I have a layout of how I want to do things. I’m still working and summer’s coming up, there’s catering jobs, so there’s a lot to figure out [in] how we’re going to balance everything. That’s the first challenge,” Fitzpatrick said.

The staff at The Star will be able to support Fitzpatrick while he takes some time to focus on the competition as the year goes on, Cresswell said.

“We’re very team-oriented and we support each other.

“I don’t think Joel could even think about participating if he didn’t have such a solid team behind him. When he’s practising the team will pick up the slack in the restaurant,” she said.

She’s looking forward to seeing the results of the competition and believes in Fitzpatrick.

“May the best chef win – and of course that’s Chef Joel,” she said.

Cresswell says Fitzpatrick is an exceptional chef who deserves to be at the competition.

“One of the things I so admire about Chef Joel is his palate. He has a wonderful sense of taste and combination – he understands what goes together and how to create a meaningful and cohesive dish,” Cresswell said.

Last year, Garrett “Rusty” Thienes of The Harvest Eatery and Fresh Market in Shaunavon won the competition in Regina and moved onto the Culinary Championship in Kelowna, B.C.

“It would be terrific if a Southwest chef took this competition again,” Cresswell said.

Thienes will be a judge at this year’s Regina competition.

Cresswell and Fitzpatrick weren’t entirely sure how participating chefs were chosen for Golden Medal Plates. They suggest it could have possibly been a secret critic coming into the restaurant, based on reviews on-line or a result of The Star winning a Sask Tourism award for business of the year with less than 20 employees in 2015.

The chef that advances to the national competition will participate in a “black box challenge” there. In that challenge, the chefs will be given unknown foods from around Canada and asked to make a meal from it on the spot.

‘There’s so many things to it could be,” Fitzpatrick said. “It’s exciting, but it’s also nerve-wracking.”

There are other events held nationwide, including one in Saskatoon, Calgary, Toronto and Halifax to list a few. Each winner moves onto the national competition.