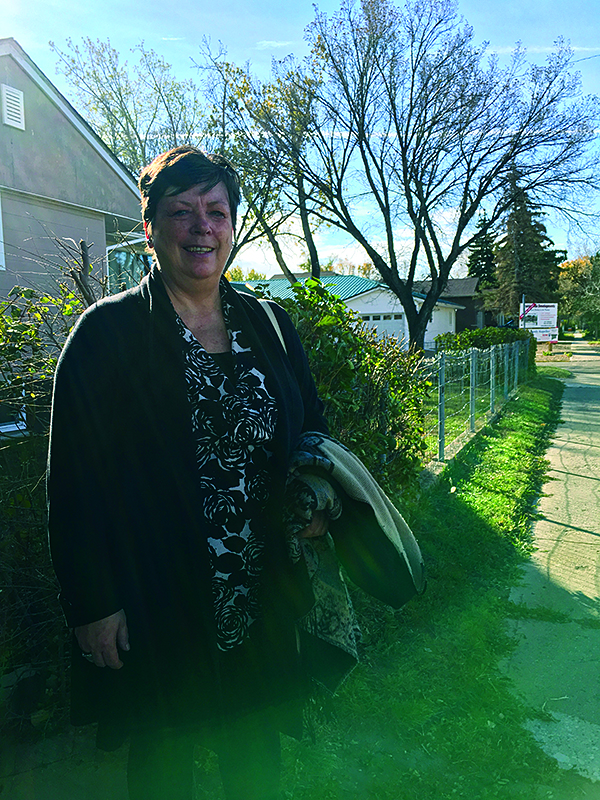 On Nov. 14, Maple Creek residents will once again head to the polling station, this time to fill the seat of councillor which was left vacant by the now Mayor, Michelle McKenzie.

One of the ladies running for the vacant position is Shelley Drever.

“I was born and raised southeast of Piapot in Skull Creek. Growing up, Maple Creek was always the home town for where my parents did banking and whatnot. After some schooling and job hopping, I made my way back to Maple Creek in 2003. The big cities were just too big and I felt it was the right choice for myself to come back when my parents retired here in town.”

Now, Drever operates her own business ‘Door2Door Driving Service’ and is also a spare bus driver.

Drever says since her days as a child, she’s always been heavily involved within whatever community she lives in.

“Since coming back to Maple Creek in ’03, I worked for the Jasper Centre for several years, which is very community oriented and I was also the President of the Curling Club. I’ve always been a community based person. Whether it be a volunteer or paid position, I’ve always found joy in supporting my community. That’s how I was raised.”

Drever said if elected, she hopes she can bring a better sense of communication to the table.

“It’s not necessarily transparency but people do need to know the reason why decisions are being made. I don’t think it’s about reporting the information. I believe it’s about making that information readily available and accessible to the residents of Maple Creek. If we can make it so someone can stop me on the street and ask a question, than why not?”

To be completely honest, Drever is right.

“The town website lists names and that’s it. There’s no photographs, no portfolios that each individual looks after, nothing. As a resident, how do I know where to go or who to contact? It would definitely be tough for someone who just moved here and doesn’t know how things go.”

When asked what Drever could offer to council, she put it simply by saying this:

“In a small town, most people know who you are and that’s the case for me. Sometimes it’s a good thing and sometimes it’s not. That’s how small towns operate though. You have to be available for the good, the bad and the ugly. We just need to know how to handle it.”

Running for the vacant councillor position is new to Drever but she says it’s a leap she’s ready to make.

“For me, because it’s sort of an interim position, it will allow me to see if this is really for me. I think the biggest thing is I will be able to offer residents a face they can confide in. Whether I can answer the question directly or not, I want to have confidence in knowing that I can point them in the right direction.”