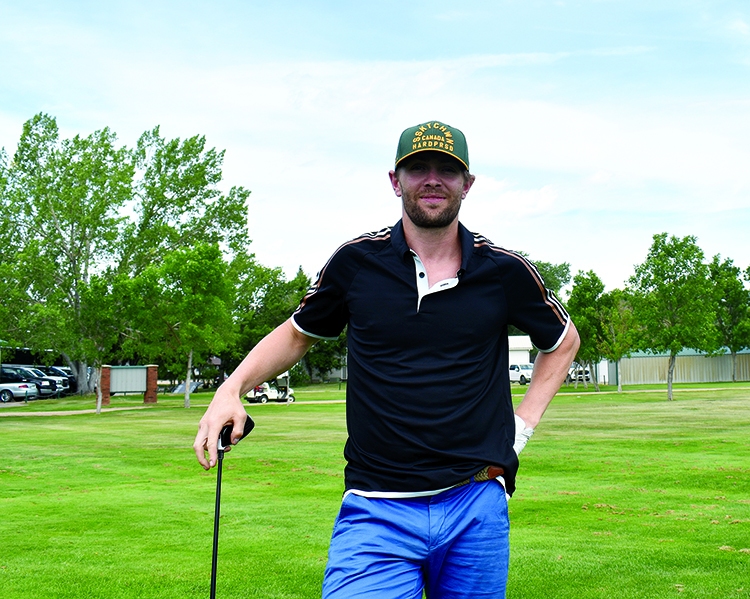 Last August, Zack Smith had a life-changing experience: he became a father for the first time.

Seeing his baby daughter, Rae Siena, brought a new perspective, along with unparalleled joy for the Ottawa Senators winger.

It taught him that there was more to life than hockey.

However, that doesn’t mean the competitive fire has gone. After 10 years as a professional National Hockey League player, it still burns fiercely … but in a different way and perhaps for shorter periods.

Ask him about the coming season, and he appears as animated as ever at the prospects. He still has his sights set on the ultimate hockey prize, the Stanley Cup, before hanging up his boots.

His team – like him – has been going through a transition. With big trades and free-agent signings, the 2019 Senators will look very different from the team that finished last season.

Key to the team’s future is D.J. Smith, announced as new head coach in May. His challenge is to get the Senators back to respectability after the club finished No. 31 overall in the league last season.

“We are going through a rebuilding process and have some very good young players – 19 and 20-year-olds,” Smith says. “I am very excited about the season ahead.”

At 31 and as the longest-serving Ottawa player after captain Erik Karlsson’s trade to the San Jose Sharks, Smith knows that he has a big role to play as a mentor and leader.

When he looks at the younger faces in the dressing room he sees himself 10 years ago: raw and hungry, but sometimes in need of guidance and the knowledge that only experience can provide.

“I’m now the third-oldest guy on the team,” says Smith, with an expression of almost disbelief at his own words. “I remember when I was starting that there were a lot of guys I looked up to – guys like Jason Spezza, Mike Fisher and Chris Kelly. They made me a better player. I want to be like them.”

Among the good young players that the Senators can build around are Brady Tkachuk, Thomas Chabot and Colin White, while prospects Alex Formenton, Drake Batherson, Logan Brown and defenceman Erik Brannstromm are expected to push for spots in training camp.

“I think we will be better and stronger than last year,” Smith says.

He was speaking last Friday on the eve of the charity golf tournament that bears his name and has raised more than $300,000 since its inception 10 years ago.

The gritty Senators forward may be a fine golfer, but he did not see the event as the equivalent of an on-ice competition, even though three NHL friends were also playing: Dale Weise, Cody Eakin and the recently retired Travis Moen.

Dressed in white T-shirt, grey shorts and green-and-gold baseball cap, Smith looked like someone enjoying the early summer, taking it easy after the rigours of NHL hockey.

Don’t be fooled by appearances, however. The off-season isn’t about putting your feet up, drinking a cold one and gorging on junk food, not for a professional athlete.

It is about getting the body in shape, and recuperating after another bruising season.

Smith, who enjoyed a stellar season in 2015-16, scoring 25 goals, has had his fair share of injuries on top of the inevitable toll on joints from one of the most physically demanding sports.

“I’m beginning to feel the years,” he smiled.

Since returning to Maple Creek, he has been working out in his gym at a family cabin in Beaver Flat, a resort village about a two-hour drive northeast of town. Every day Smith does squats, bench presses and riding on a bike.

Such self-discipline is important if he wants to extend his career for a few more years. Ideally, he would like to retire at about 35.

“The sport has evolved a lot over the last 20 years,” he says. “Training has improved and we know more about the importance of things like diet.”

The off-season also gives Smith a chance of qualify, family time with his wife Brittany Brodziak and Rae.

“It’s one of the things I really miss on the road,” he says. “I hate being away from my family. Of course, we communicate by Skype and things like that, but it’s not the same as seeing each other in person.”

As for life post-hockey, Smith is open-minded. One option is woodworking, a lifelong interest that started when he would help his father, Dean, with carpentry. He and his dad would go on to build the Beaver Flat cabin.

Another potential career is the restaurant business, which also has a family connection: his parents owned the old Fred & Barney’s in Maple Creek.

Smith, however, doesn’t want to look too far ahead. His professional focus is on the coming season and what it might bring. He is setting his sights high.

“The Stanley Cup is every hockey player’s goal,” he says.