Sipping & Savouring: An editor’s guide to a festively flavourful Christmas 2020 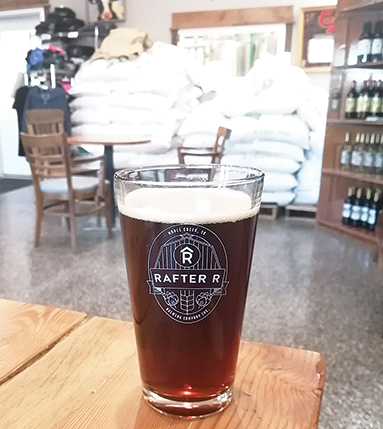 Even though it’s a COVID-19 world in 2020 (not to be confused with a marshmallow world, like the holiday song) — imbibing spirits and/or craft brews and the like is one of many a person’s favourite things to do over the holidays.
This year, it is especially an activity to do “at-home.” Sipping and savouring, both festive drinks and foods, is a great way to settle in on a cold winter’s eve, perhaps by a warm fireplace — with the halls decked and the carols caroling.
In no particular order, here are some top picks for the holiday season — drink-wise. Please imbibe responsibly.
From the Lucky Bastard distillery in Saskatoon there’s a handcrafted Saskatoon berry Lucky Bastard Saskatoon Liqueur. It’s created using age-old traditions that use about two pounds of berries in every bottle. It is also sweetened only with a touch of Caribbean cane sugar. The flavour, according to the distillery, is light, sweet and “true to its name.”
As soon as the first sip of this delectable delight touches the tongue — BAM! One instantly thinks of a homemade Saskatoon berry pie with ice cream or picking berries straight from the bush.
Simply put, yum — a great sipping liqueur that keeps on giving. This tasty treat will make a great gift for under your tree or someone else’s.
Lucky Bastard also has created a premium Vanilla Espresso Vodka (which does not contain caffeine). This selection is distilled seven times for good luck! Lucky Bastard Vodka gets cold-brewed with locally-roasted espresso beans and a touch of real vanilla. “Indulge when the craving strikes for something rich, sweet and dark,” the distillery states. The infused spirit is made in Saskatchewan with 100 per cent Saskatchewan wheat and the delicious Mixtape Espresso Blend from Saskatoon-based Road Coffee Co.
According to the distillery, a few cocktails can be indulged in with this premium vodka, including a Root Beer Express, the Bastard Blues and a Vanilla Latte Martini.
Visit luckybastard.ca for more information.
If you like coffee-tasting libations, this spirit is for you! This one would be great in a hot toddy or in a paralyzer or White Russian. Or an alternative to the holiday Kahlua or Baileys in a coffee or hot chocolate.
On its own, this spirit packs a wallop, but goes down smooth (with a great coffee aftertaste).

Cypress Hills Winery in the Maple Creek, SK area has an assortment of fine wines and a delicious and nutritious mead (it’s got honey, so somewhat healthy).
You can also get a flight of wine from Rafter’s too.
Cypress Hills Winery has a great holiday line-up indeed! For a gift or at the table, the winery features a Black Current and Honey — which pairs well with the festive feast.
One person, who sampled the wine, said “I usually don’t like red wine, but I could drink an entire bottle of this one. Not too sweet, just right.”
The editor concurs and tried a few of the winery’s selections.
Cypress Hills also has created a masterpiece with their mead. It’s award-winning and is made with local honey. It’s not as sweet as and ice wine and pairs well with dessert or in lieu of dessert. Serve chilled.
Another notable mention would be the slightly dry Cherry wine with loads of cherry aroma and a spice finish. It’s also made with Saskatchewan cherries too.
And there’s also their number one bestseller — the Rhubarb wine. An off-dry crisp wine, which is good with Asian spices — so Thai foods and curries. Serve chilled.
Cypress Hills wines are available at liquor stores or online and Rafter R. Brewing Co. in Maple Creek offers flights of wine to sample. It’s a win-win.
So, this Christmas stuff a bottle of wine in someone’s stocking and they will go from being naughty to nice.

Rafter R. Brewing Co. in Maple Creek has a stellar line-up of craft brews for everybody’s acquired tastes. And the best part is — enthusiasts or first-time trying craft brew peeps can order a flight to try out the local selection of top-notch creations.
Recently, the craft brewery released their Red Ale #2 — which was a slight tweak to the original recipe.
But the cream of the crop has to be their new to the tap Winter Spice and Rauchbier. Fill a growler of these two before they run dry. Which would be a tragic happenstance. Or head in for a pint or two.
According to the craft brewery, with the Winter Spice, they took an English Brown Ale and infused it with a spice blend to create a seasonal flavour customers will find comforting and delicious. Molasses, cinnamon and nutmeg all add character to this brew.
With the Rauchbier — the age-old tradition of drying down the fresh malt with the help of Beechwood fires, imparts a distinct and delicious smoke-ish character to the grain. This smoke flavour comes right through the brewing process and into the pint glass.
Also on tap at Rafter R. Brewing Co. is a West Coast IPA, an English Dark Ale, a Blonde Ale (which is a great starting point for a craft crew adventure for the uninitiated), an Oatmeal Stout and a sour.
There’s not a bad beer on-tap. This Christmas, think Rafter R.
To end this little ditty of a review (of sorts), one can’t forget the old standbys of egg nog with a spiced rum, a non-alcoholic or make it an alcoholic peppermint mocha, and pair with a nice French-Canadian tourtiere.