Aquatic Invasive Species Week is May 9-15 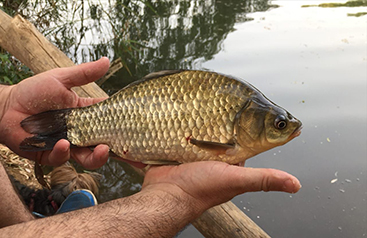 By Saskatchewan Environment
May 9 to 15 is Aquatic Invasive Species Awareness Week, a time to highlight invasive species and the important role the public can play to protect our province’s waterbodies from this significant threat. “We have only to look to neighbouring provinces and states to see the devastating impact that aquatic invasive species can have, ecologically and economically,” Environment Minister Warren Kaeding said.  “This week is intended to highlight the threat our province faces when it comes to aquatic invasive species but, more importantly, it also creates awareness that we can support the health of our water and fishery resources by taking preventative measures.  These measures can be as simple as removing the plug when transporting your watercraft.” Aquatic invasive species (AIS) are plants, animals and invertebrates that enter ecosystems where they don’t occur naturally.  These species disrupt the ecosystem, and can damage aquatic habitat, fisheries, valuable recreational resources and important power generation and water infrastructure.
Once established in a waterbody, AIS can be impossible to eliminate, and cost millions of dollars each year to manage.  Examples include zebra mussels, Prussian carp, flowering rush and the spiny waterflea. Saskatchewan’s AIS program continues its focus on public education, including promotion of the Clean, Drain, Dry Program for watercraft, as well as roadside inspections, decontaminations and regular monitoring of the province’s waterbodies.
Prevention of zebra and quagga mussels remains a top priority for the province.  The program has proved successful so far, with no invasive mussels found in Saskatchewan waterbodies to date. The ministry has eight mobile watercraft decontamination units that support its AIS inspection and decontamination program.  Two units will be set up along the Manitoba border, three along the U.S. border, and the rest throughout the province. Watercraft inspection stations in Estevan, Regina, Swift Current, Moosomin and Churchbridge are set to open next week, as well as mobile inspection stations at strategic locations.  The U.S. border remains closed to non-essential travel. “Saskatchewan continues to partner with federal agencies, as well as provincial organizations and provincial governments, to co-ordinate prevention efforts across Western Canada,” Kaeding said.  “The importance of these relationships was highlighted earlier this year, when a serious threat posed by imported aquarium moss balls contaminated with zebra mussels was identified and stopped.  Quick and co-ordinated action averted potential disaster for Saskatchewan’s aquatic ecosystems.” The ministry also works with the provincial AIS Task Force and the Invasive Species Centre for public education and monitoring, with a focus on the prevention, introduction and spread of AIS in Saskatchewan. More information about aquatic invasive species can be found at saskatchewan.ca/invasive-species.