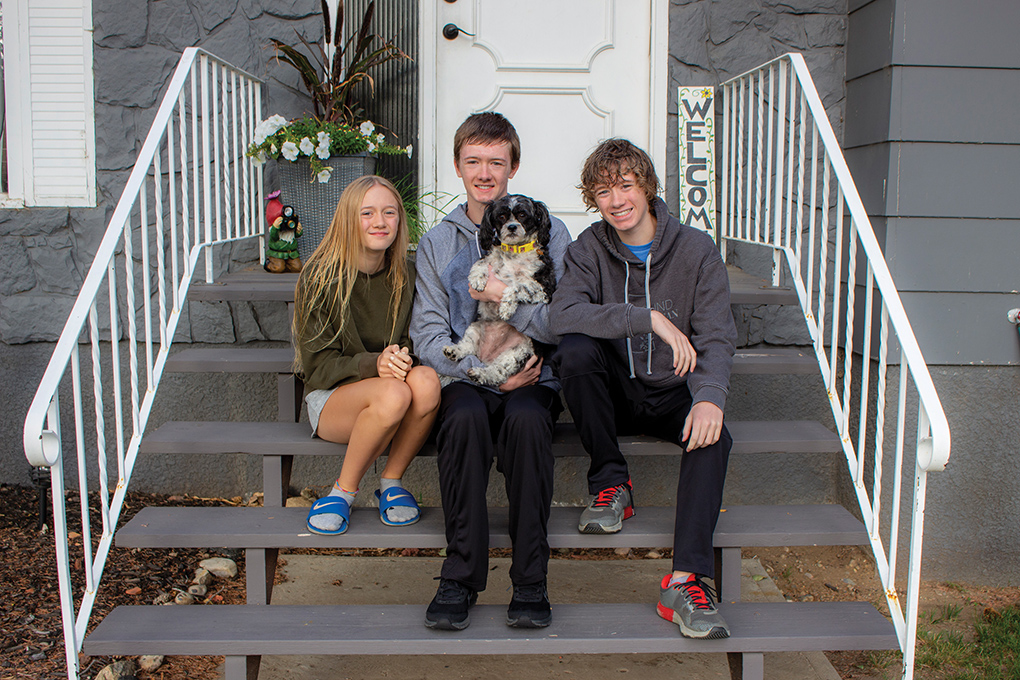 Chinook School Division will not impose a volleyball mask-wearing mandate that sparked an outcry from parents and students.
The mandate for children to wear masks during games and practices had been branded “inhumane” by one mother.
Parents of Fox Valley School students were prepared to take their fight to the Monday, September 13 meeting of the school division board of trustees in Swift Current.
On Tuesday, however, they learned that the mandate had been removed.
“We received some great news this morning,” said Alicia Hellman, the mother of Karston Hellman, Grade 12, Kesler Hellman, Grade 10 and Nevaya Hellman, Grade 7 in Fox Valley School.
“Chinook School Division has lifted the mask mandate for practices and games. We have some very happy athletes today as now they can just focus on playing the game. Let the volleyball season begin.”
Donald Schmaltz, coach of the senior boys team, was equally elated, although he had received no official word from the school division.
“It’s awesome news,” he said.
Schmaltz said students had missed out on volleyball last season because of COVID-19.
In a normal year, the senior boys team, which was scheduled to hold a first practice session on Wednesday, September 8, would expect about 16 players.
On Monday, the News-Times wrote to Joanne Booth, the Chinook School Division communications coordinator, asking about the mask mandate, and how it came about.
In an email on Tuesday, she responded: “This has recently changed.
“Our Local Health Medical Officer has provided an update to Chinook School Division over the weekend with clarification regarding masking and volleyball indoors.
“Once volleyball teams have been chosen, we can treat them as their own cohort and players will not have to mask during practice. Volleyball players will also not have to mask while actively playing on the court during games or warm up. All players on the sideline, and not actively playing or warming up, are required to mask and physically distance as much as possible.
“We have shared this with Chinook athletic directors and principals, who will communicate with the appropriate students and families, and our Return to Sport guidelines will be updated to reflect the changes in more detail. We will continue to consult with public health and the MHO regarding protective measures in sports and other areas. “
The News-Times also wrote to  Dr. Shane Andrus, Ward 1 Trustee of the school division, who said the board’s policy was to have the director of education, communication director or chair of the board represent the board.
Valerie Gordon, athletic coordinator with the South West Athletic Conference (SWAC), referred this paper to the Chinook School Division.
Hellman said she believed protests by parents and students across the division brought about the lifting of the mask mandate.
“There was a lot of noise, a lot of emails, texts and phone calls,” she said.
Hellman, who had called it “inhumane” to force athletes to wear masks during strenuous exercise, had been prepared to attend the school division board meeting in Swift Current, armed with protest letters from students.
“I’m so glad that the board heard us, and listened,” she said. “There are now a lot of smiling faces.”