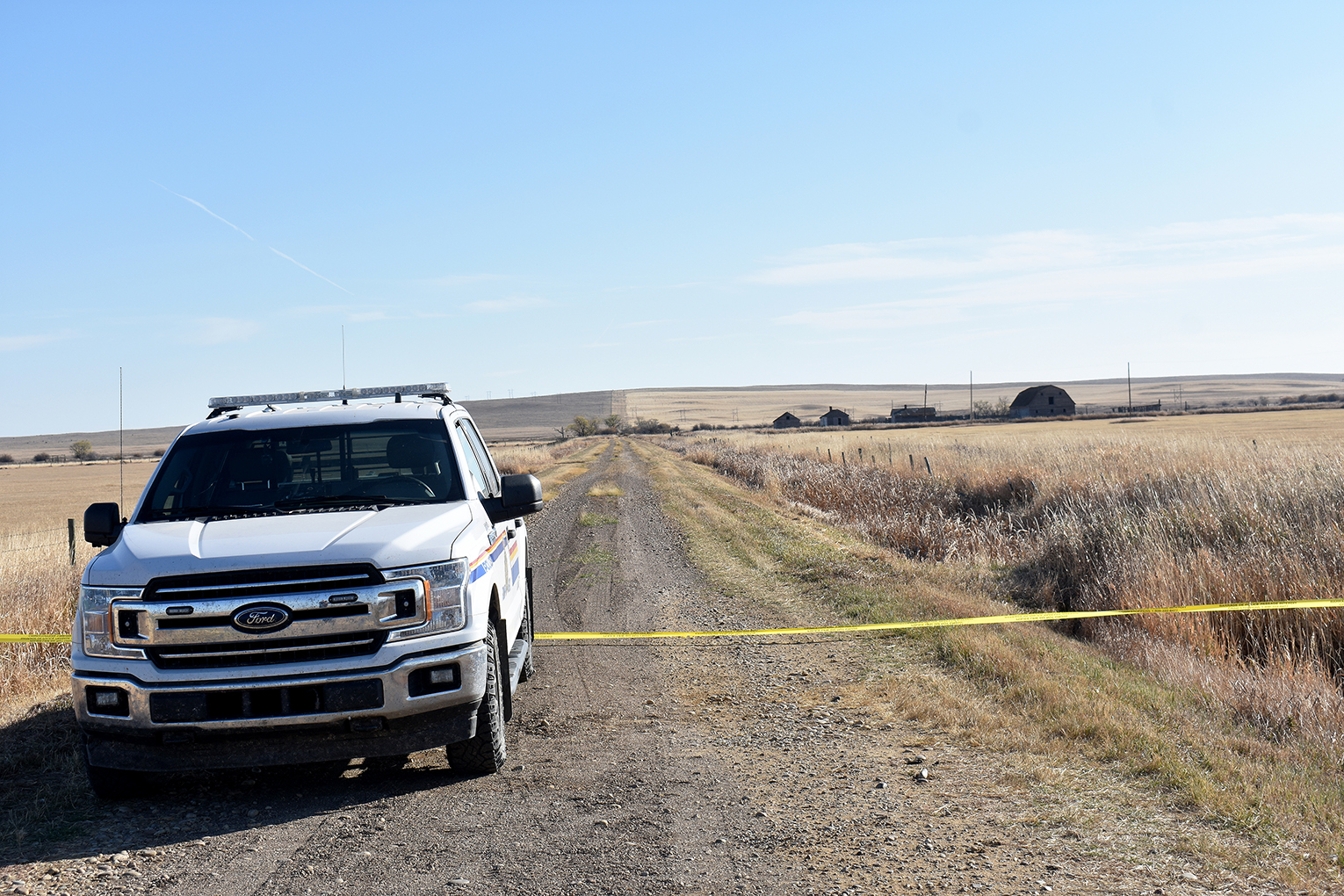 Crime scene: A police vehicle and crime tape were pictured on Monday near the spot in the Piapot area where the body of Alfred Belyea was discovered.

Carrying an oxygen tank and with her voice quivering, Deborah Belyea appeared via closed-circuit television in Medicine Hat provincial court Monday charged with second degree murder in the disappearance of her husband, Alf Belyea, the Cypress County Councillor and former Maple Creek resident.
Charges were laid on Saturday, Oct. 16, eight days after the 72-year-old man was last seen and a missing persons investigation was launched following the Thanksgiving weekend.
At the time RCMP told reporters that he was last seen on Friday, Oct. 8 after telling his wife he was leaving their residence near Suffield, Alberta, to go visiting.
She is charged with second-degree homicide and causing an indignity to a human body,.
likely related to transporting remains to an undisclosed location.
No other information was released by the RCMP detachment in Redcliff, which handled the case with the RCMP Major Crimes Unit. A release states that no other information will be released. It is understood that the Maple Creek RCMP detachment has also helped with the case.
Deborah Murril Belyea, 68, appeared before Justice Eric Brooks via closed-circuit television feed from the Medicine Hat Remand Centre to a near-empty courtroom on Monday.
Local lawyer Lyndon Heidinger also appeared remotely due to capacity restrictions in Alberta courts. He waived a formal reading of the charge, and asked the matter be adjourned until early November so he could discuss the case with his client. She will remain in custody.
Those who knew the couple – who lived for a while in Maple Creek – say they were “absolutely gobsmacked” by the disappearance and charges.
Belyea’s colleagues at Cypress County expressed “shock” through a statement on the county’s webpage on Saturday.
“Everyone at the County will miss his kind spirit, devotion to his work, and love for the County and the community of Suffield,” wrote Reeve Dan Hamilton.
Belyea is the second Cypress County councillor to die while in office in the last two months. Former reeve Darcy Geigle died of a medical event at his home near Walsh on August 29. Belyea had been acclaimed to retain his seat in the ward of Suffield-Jenner in Monday’s municipal election. A byelection will now be required to fill the seat Belyea first won in a 2014 byelection.
The couple had retired to Suffield after Belyea worked in the logging industry and as the public works manager for the Town of Port Clements, B.C., located in the Queen Charlotte Islands, now known as Haida Gwaii.
Another Cypress County councillor, Robin Kurpjuweit, said Belyea was “keen listener” and fair.
“He was Alf,” wrote Kurpjuweit, citing his interest in happy demeanour and interest in his colleague’s families.
“He was a quiet servant of the public and the County is a better place for his efforts.”
“Outside of council he was a friend, a support, and an encourager.”
•The bulk of this report, including Deborah Belyea’s court appearance, was written by Collin Gallant, from Medicine Hat News. Additional reporting was done by Advance Times staff. 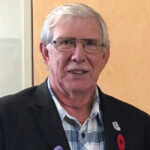