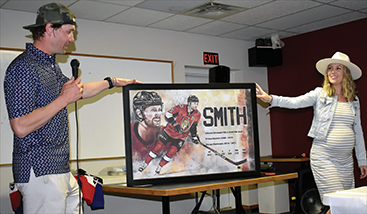 Portrait of an athlete: Zack Smith and Brittany unveil a portrait of him by Melinda Baum. The painting records Zack's hockey stats. 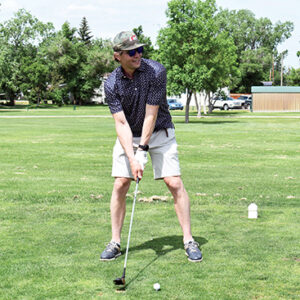 Zack Smith drives at the first hole of the Maple Creek golf Club after playing at Cypress Hills in the morning.