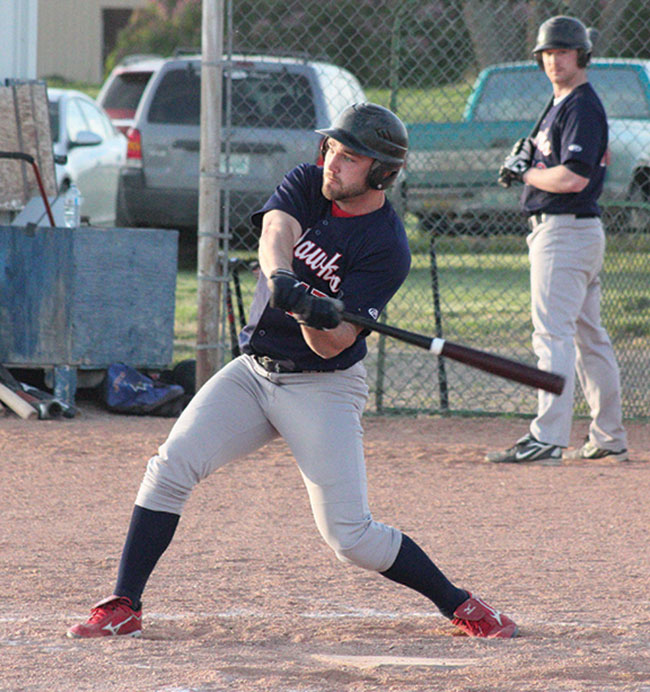 The Maple Creek Mohawks started the season on the right foot, winning its first two games.

The Mohawks started the season on the road May 15 where they took on the Medicine Hat Vipers. Maple Creek dominated the Vipers, walking away with a 22-2 victory.

“We got a lot of at-bats and got everyone in the game. That was a really good way to get us going for the year,” coach Al Fournier said.

On May 18 the Mohawks hosted the Climax Cardinals in the team’s first home game of the season.

It wasn’t as dominant as the first road game was, but the Mohawks walked away with a win nonetheless, topping the Cardinals 8-5.

“I thought [May 18] we came out and played a tougher team. Climax came out fighting,” said Fournier.

Despite winning, it wasn’t a perfect game for Maple Creek, he added.

“We haven’t been able to get together as a squad much and I think that showed. We had a few errors early and kind of gave them a few runs,” he said.

Blake Fournier pitched 4.1 of the seven-inning game, racking up eight strikeouts and just five hits and five runs against.

After Fournier walked a couple batters in the fifth inning, Cam Rittinger stepped to the pitching mound in relief. In 2.2 innings Rittinger, who is from Medicine Hat, picked up four strikeouts and suffered no hits against.

“It was a really great relief showing from Cam for us,” said Al Fournier.

Rittinger was quick to praise the work of the whole team, saying they helped him get the outs they needed.

“It’s more about the guys playing defence … We got some quick outs and that way we could get back rolling on the bats,” Rittinger said.

It’s important for the team to keep up the momentum that was started in the first two games of the season, Rittinger added.

“Anytime you can get on a roll and keep things going, bounces tend to go your way and you score more runs and win some games,” he said.

Last season was a tough one for Climax, and after a 19-0 loss to the Swift Current Yard Goats to start the season, dropping the game 8-5 against a solid Maple Creek team was a sign things may turn around, according to the Cardinals’ Kelby Coburn.

“It was a good game. Last year we had a tough year and we couldn’t quite pull runs together. Getting five runs here felt good,” Coburn said.

The Mohawks will look to continue its winning ways after the two victories to start the season.

“We just have to minimize our errors. We’ll get some good pitching, I know we’ve got it, and we have to get some timely hits,” Al Fournier said.

The Mohawks took on the Burstall Braves Mon., May 22. The results of that game will be in May 25’s Maple Creek News.

Maple Creek will host Gull Lake in an exhibition game Wed., May 24 as well. The team’s next regular season home game will be May 29 when they host the Vipers.