Slow start too much to overcome for Senior Hawks 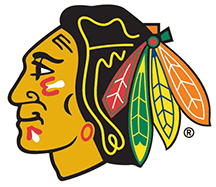 The Maple Creek Senior Hawks got off to a rocky start against the league leading Shaunavon Badgers on Saturday night and were unable to bounce back, dropping the contest 4-3.

The visitors jumped out to a commanding 3-0 lead at the end of the first period with goals from Travis Wasko, Dylan Bedahl and Jordi Thomas.

Neither team was able to light the lamp in the second frame.

The Hawks did their best to crawl back into the contest with three goals in the third period. Nathyn Mortlock got the home team on the board with assists going to Lane Sanderson and David Haaf.

Adam Antkowiak tallied an unassisted marker at the 13:09 mark before assisting on the tying goal by Haaf with less than six minutes left in regulation.

Referee, Dean Lucyk handed a ten-minute misconduct and 7 minor penalties against the Hawks, including a high sticking penalty with 1:31 left in the game.

The Badgers were able to capitalize on the miscue with the winning powerplay goal scored by the league’s leading scorer, Dylan Bredahl.

“This was a tough one, said Hawks Manager Len Rodin after the game. We had a horrible first period and that ultimately was our undoing.”

Next action for the Senior Hawks is Friday night when they travel to Gull Lake to battle the Greyhounds. Game time is 8:00 pm.

“We could use some better fan support for the games, said Rodin. People are missing some fast hockey.