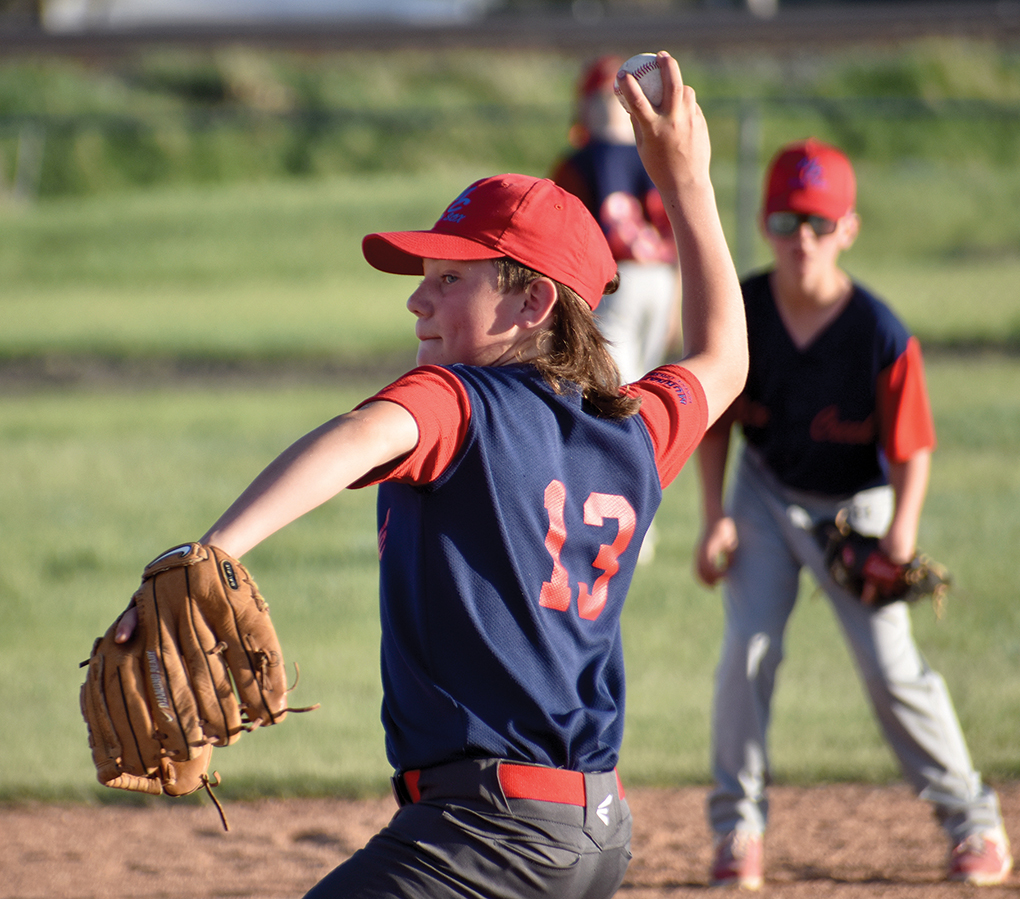 Cade Sanderson (pictured) shapes up to throw the ball during Wednesday’s home game against Cabri, which saw the Red Sox delight a big crowd.
“I was very happy with how the boys played,” said head coach Bryan Gustafson. “We put in the time and work this spring, and it showed on the field.”
He added that his team won 24-12.
The Red Sox played Cabri again on Thursday, achieving a similar result. Gustafson said he and assistant coaches Kent Hanna and Connor Drever could not be happier. The Red Sox’s next three home games are against Gull Lake (Wednesday, June 9); Shaunavon (Wednesday, June 16), and Leader (Wednesday, June 23). The games start at 6.30pm.