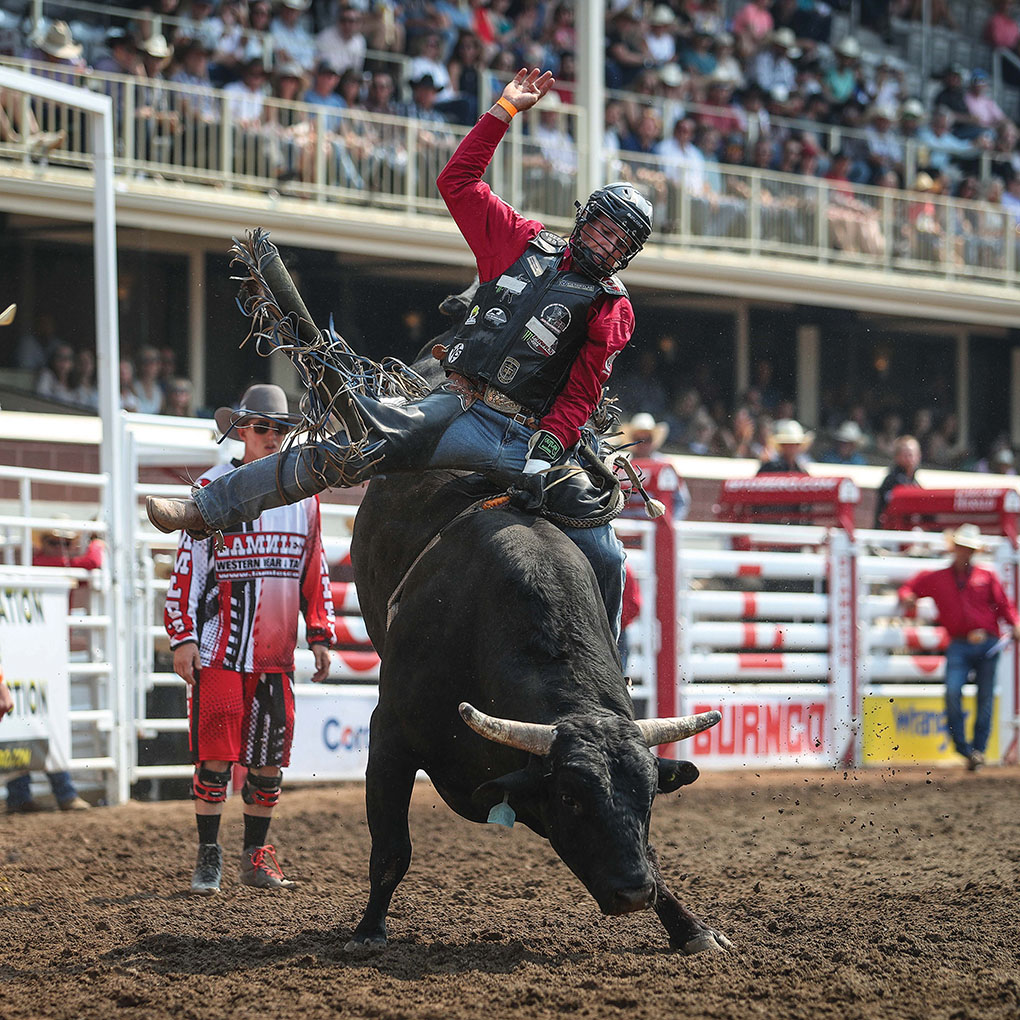 Hanging tough: Maple Creek bull rider Jared Parsonage in action during the 2021 Calgary Stampede. Although he bucked off on Championship Sunday, Jared won the Guy Weadick Award for embodying the Stampede spirit. PHOTO BY COVY MOORE 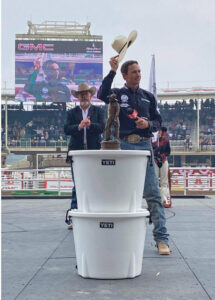