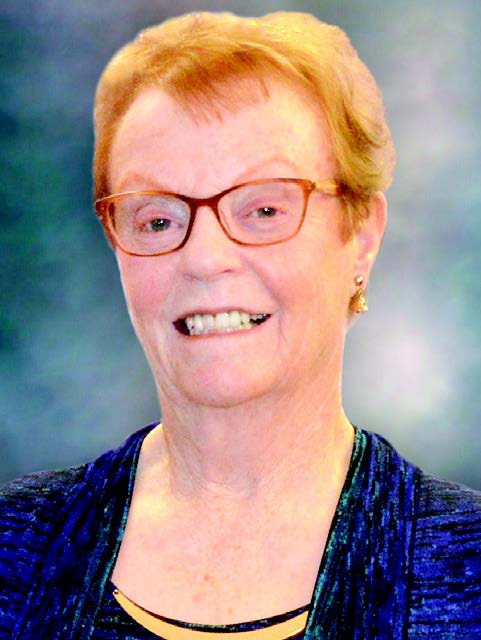 Born in Maple Creek, SK, she was the eldest child of Eric and Mary Shearwood, older sister to Rodney Shearwood and Reid Shearwood.

Raised in the Carnagh District southeast of Piapot. Doris attended Carnagh School until she completed Grade 11. It was during her early years in grade school that she developed a love of writing and poetry and submitted many of her poems to the Western Producer.

Doris boarded in Maple Creek to a end Grade 12 and graduated from the Maple Creek High School in June of 1955.

Doris pursued post-secondary education in her chosen field of Nursing at the Calgary General Hospital School of Nursing, graduating with distinction in 1958 as a Registered Nurse. Doris worked as a Nurse in the “old hospital” in Maple Creek for a year after completing her Nursing degree. She earned a scholarship in Calgary that she used the following year to attend the University of Alberta and graduated with a diploma in teaching and supervision. This additional
education was put to good use as she taught CPR and St. John’s Ambulance First Aid for many years and made many miles around southern Saskatchewan to do so. Her nursing career continued in the 1970’s when she worked for Home Care as a Nurse/Assessor.

Doris married Ralph Bircham on July 4, 1959 at the home where she grew up in the Carnagh District. Ralph and Doris met through 4-H as youths growing up, Ralph having grown up and a ended school in the Kealey Springs district on the bench. Their courtship continued throughout her years in Calgary.

Doris and Ralph moved back to the Piapot area a er her year at University in Edmonton, purchasing the Mitt and Kate Newkirk place in May 1960. They arrived at their newly purchased ranch with all of their worldly possessions in a half ton truck. It was here that she resided until her passing.

After her children graduated from high school she renewed her interest in poetry. Many miles were travelled to recite her poetry and many good friends were made along that trail. She visited many Saskatchewan schools to share the love of words and poetry to school children along with her good friend Anne Slade.

Funeral service was held February 19, 2018 with Rev. Eva Stanley officiating. Other paryicipants in the service included Evelyn Stork, Anne Slade, Olivia Arnal and Terri Mason. In lieu of flowers donations can be made to the Southwest Healthcare Trust c/o Cypress Credit Union or the Canadian Cancer Society.

Condolences may be offered to the family at binkleysfuneralservice.com